Weezer & Panic! At the Disco

Do not miss Weezer and Panic! at Aarons Amphitheatre! 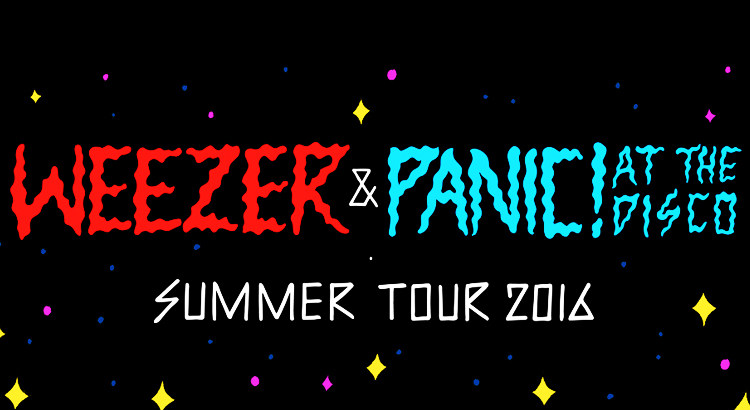 Weezer and Panic! At the Disco are teaming up for a massive summer tour across North America.
The tour kicks off on June 10 in Woodlands, TX at the Cynthia Woods Mitchell Pavilion and wraps up on August 6 in Irvine, CA at the Irvine Meadows. Andrew McMahon in the Wilderness will open most shows. Weezer are supporting their new album which will be released on April 1. Panic! At the Disco will be promoting its newest album Death of a Bachelor.

Rock band Weezer released its first album The Blue Album in 1994, which achieved triple-platinum success. The album produced hits like “Undone – The Sweater Song”, “Buddy Holly”, and “Say It Ain’t So”. The band released its new album in 2001 entitled The Green Album, which produced the hits “Island in the Sun” and “Hash Pipe”. Weezer will release its latest album The White Album on April 1, 2016 just ahead of its summer tour.

Formed in 2004, Panic! At the Disco is a rock band from Las Vegas, NV. Their debut album A Fever You Can’t Sweat Out produced the hit “I Write Sins Not Tragedies”. The album went on to go double platinum in the U.S. The group released its newest album Death of a Bachelor on January 15, 2016.

Tickets on sale now, get yours while you still can!