Oddball Comedy Fest to be hosted at Aarons’ this October! 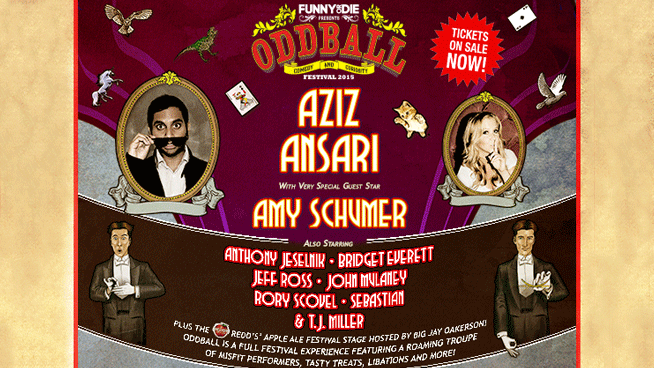 Since beginning performing standup as a student back in 2000, Aziz Ansari has gained widespread acclaim throughout his career. By 2007, Aziz had his own popular sketch show on MTV, Human Giant. His success continued as he landed roles in hit movies such as Funny People, I Love You Man, Observe and Report and 30 Minutes or Less. He released his debut standup CD/DVD in January 2010, entitled “Intimate Moments for a Sensual Evening on Comedy Central Records”. Following that came his Dangerously Delicious tour which screened on Comedy Central in 2012. Successive tours in recent years include Buried Alive and Live at Madison Square Garden, the latter of which you have probably seen on Netflix.

Ansari will be joined by the truly fantastic, Primetime Emmy Award winner Amy Schumer, and a whole host of others. Get your tickets before you miss out!