Get ready to welcome The Cure to Aarons Amphitheatre in June! 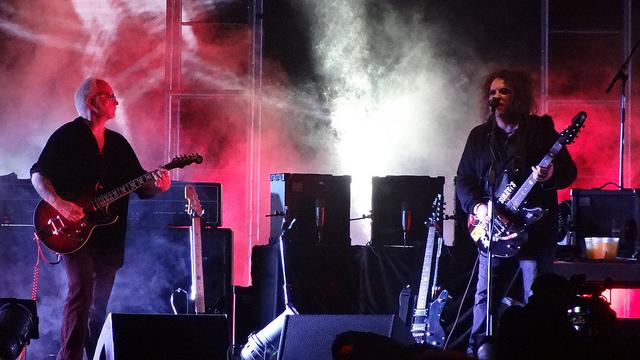 The Cure and Twylight Sad announced in October 2015 that they will be going on a North American tour together that includes 29 (initially 25) dates. The tour is sure to be one of the best of the year, and Twylight Sad will accompany The Cure for the duration of the tour.

Formed in 1976, now an Industry Icon, The Cure is an English rock band from West Sussex. Robert Smith has been the only constant member of the group, and The Cure was a staple in the merger goth rock genre in the 80s. The band is known best for their songs “Just Like Heaven” and “Friday, I’m in Love.” They have released 13 different albums, with the last album being 4:13 Dream, which was released in 2008. Boasting record sales of over 27 million, they also achieved the Brit Award for Best British Group (1991) and an MTV Icon Award (2004).

Joining forces will be Twylight Sad, a punk rock band with James Graham on vocals, Mark Devine on the drums, and Andy MacFarlane playing guitar. Signed with Fat Cat records, the band has released four studio albums, and is best known for their Fourteen Autumns & Fifteen Winters album.