Get ready to welcome Snoop Dogg to the Lakewood Amphitheatre in July! 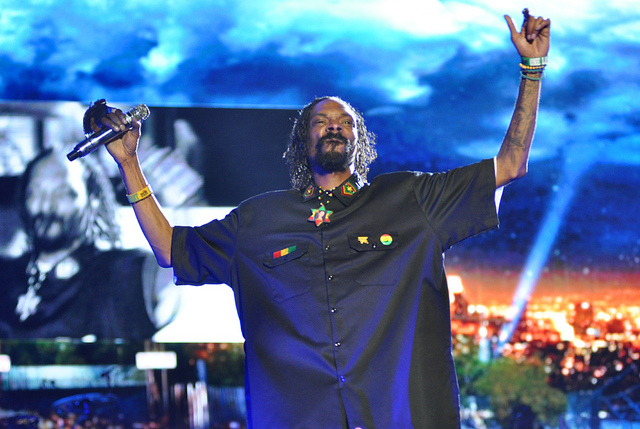 The album went 4x platinum. Wiz Khalifa is a rapper, hip hop star best known for “Black and Yellow.” Deal or No Deal, Khalifa’s second album, sold 167,000 copies after the artist’s first album sold just 10,000 copies. Rolling Papers was Khalifa’s third studio album and pushed him past the 500,000 album sales mark, with sales of over 197,000 in the first week alone.

Kevin Gates will join Snoop Dogg, Wiz Khalifa and Jhene Aiko for a live performance. The Louisiana native is a rapper who released his first street album Stranger Than Fiction in 2013 with mixed responses. By Any Means debuted at #17 on the Billboard 200 and sold 17,000 copies in the United States. Gates released his most recent album Islah on January 29, 2016, peaking at #2 on the charts and #1 on the US Rap charts. Jhene Aiko is the last act who has been on the scene since 1995 and went solo in 2002. Her first album Sail Out sold 34,000 copies the first week. Jhene was nominated for three Grammy Awards this past year and brings a soulful sound to the stage.

This is the show you don’t want to miss, get your tickets while you still can!