Next June, Slipknot will be live at Aarons! 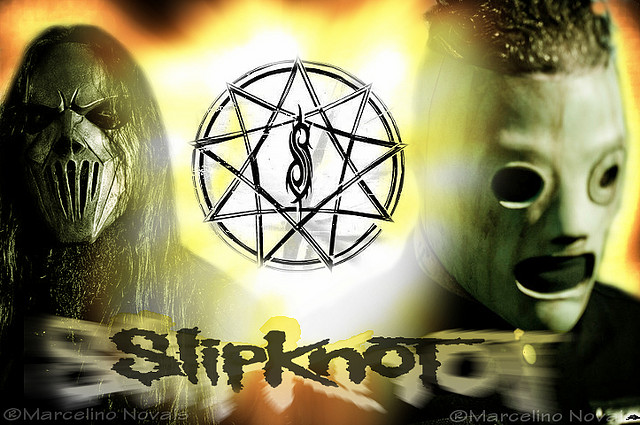 Slipknot will be joined by Marilyn Manson and Of Mice and Men on their massive summer tour. Slipknot’s headlining tour supports its 2014 album: 5: The Gray Chapter. The release has produced five songs that hit the Mainstream Rock Songs Chart, including “The Negative One,” “The Devil In I,” “Custer,” “Goodbye,” and “Killpop.” Marilyn Manson will be promoting his 2015 album The Pale Emperor. Of Mice and Men have three albums to their name, but will be supporting its recent release Restoring Force.

Since their career debut in 1999, Slipknot has launched five studio albums. The band has earned one Grammy Award, and has been nominated for nine more. Slipknot has 39 gold record and 11 platinum record certifications under their belt. Known for their intense and exciting concerts, Rolling Stone has praised Slipknot’s performances, calling them “one of the most involved, satisfying live shows.”

Marilyn Manson’s career launched in the 90’s, and since his debut, Manson has earned two platinum and three gold albums. A total of 7 of his albums have debuted in the top 10, two of which debuted at number one.

You don’t want to miss these acts under one roof… get your ticket now!