Get ready for Rascal Flatts, Sheryl Crow & Gloriana in September! 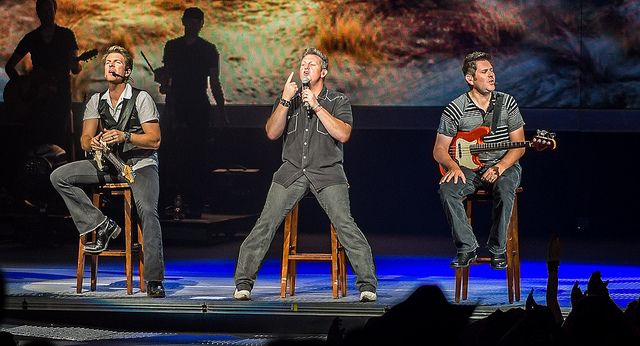 With an incredible seven albums certified platinum (RIAA) on their original label Lyric Street, Rascal Flatts have since released a further three studio albums on their new label Big Machine Records, with their latest, Rewind out earlier this year. In the process, they achieved a total of 12 no.1 singles on the Billboard Hot Country Songs chart, with their cover of Marcus Hummon’s “Bless the Broken Road”, staying on top for an amazing five weeks.

Joining them will be Sheryl Crow, with a staggering 17 million albums sold in the US and 50 million worldwide. She has won 9 Grammys, appeared on a range of TV shows and performed alongside the likes of the Rolling Stones, Michael Jackson, Prince, Pavarotti, Willie Nelson, Kid Rock, Sting and the list goes on.

Accompanying these superstars will be the relatively newer country band Gloriana, who will provide the perfect compliment to complete this incredible lineup. Don’t miss out, this one is gonna sell out quick!