Get ready for One Music Fest! 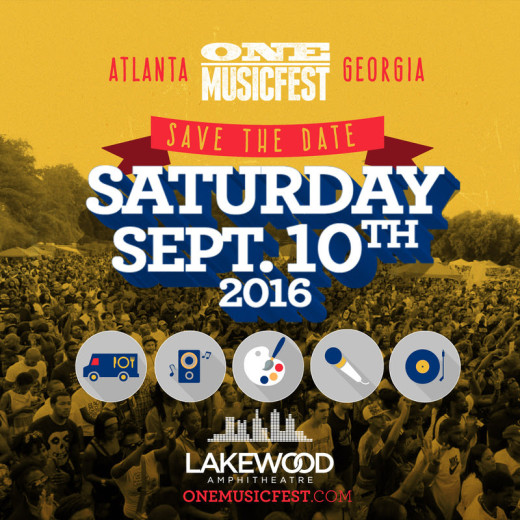 Former member of N.W.A., Ice Cube is a brutally honest rapper from South Central L.A. His debut solo album AmeriKKKa’s Most Wanted was an instant hit and launched Ice Cube’s successful rap career. His single “It Was A Good Day” peaked at number 15 on the Billboard Hot 100. Five singles reached #1 on the Hot Rap Songs chart: “Amerikkka’s Most Wanted,” “Wicked,” “It Was A Good Day,” “Check Yo Self,” and “Pushin’ Weight.”

Dungeon Family is an Atlanta-based R&B/hip hop/soul collective with soul and funk influences. The group released their first collaborative album Even in Darkness was released on November 26, 2001. The collective will reunite on stage for ONE MusicFest on the heels of the release of their documentary “The Art of Organized Noize.”

Singer-songwriter, producer and activist Erykah Badu launched her career in 1994 after opening for D’Angelo. Her debut album Baduizm was certified triple Platinum, and her first live album Live was certified double platinum by the RIAA. Her first top 10 single, “Bag Lady,” peaked at #6 on the Billboard Hot 100 chart. Her latest album New Amerykah Part Two was released in 2010 and spawned the controversial single “Window Seat.”

Don’t miss these amazing acts and more! Get your tickets now.