Muse & 30 Seconds To Mars will be at Aarons in June! 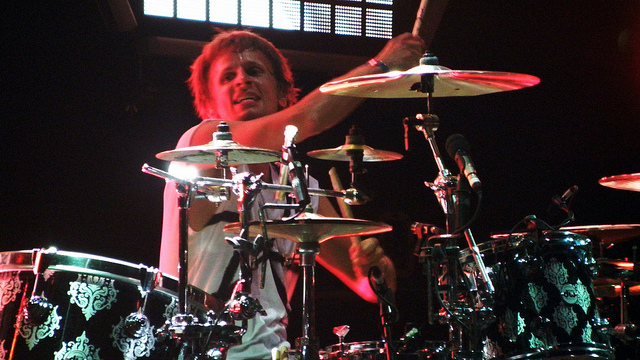 Muse, the English rock band, has been active since 1994 with Matt Bellamy as lead vocalist. The iconic band released Showbiz as their debut album in 1999, helping the band propel to fame with a Best British Band award in 2001.

The same year, the band released Origin of Symmetry, their second album, which experimented with new sounds, including an expanded drum kit and a church organ. The album was met with praise, helping push the band into international spotlight.

The band won numerous MTV Europe awards with the band, winning Best Alternative band in 2004 and Best Alternative again in 2006. The band has won 2 Brit Awards, Grammy Awards and European Festival Awards along with 17 NME Awards,

Muse has won 46 awards and received nominations for 134 during their career.

The band confirmed that they’re back in the studio in 2017 working on their eighth studio album.

30 Seconds to Mars shares the alternative rock spotlight with Muse and is led by singer and actor Jared Leto. The band, founded in 1998, released their first studio album in 2002, called 30 Seconds to Mars. The album gained relative success initially, but went on to sell over 2 million albums in a 9 year span.

The band’s second album A Beautiful Lie debuted in 2004 and reached Platinum status by the RIAA and Gold in numerous other countries. The album sold over four million copies worldwide and is deemed the band’s best album.

30 Seconds to Mars has won 87 awards with 172 nominations. The band’s most popular in the MTV Europe Music Awards, winning 8 out of 14 nominations.

The band’s success continues today, with the band winning Artist of the Year at the 2014 AltRock Awards.

Muse and 30 Seconds to Mars often compete in nominations across the alternative rock categories.