Luke Bryan is coming to Aaron’s Amphitheatre in May. 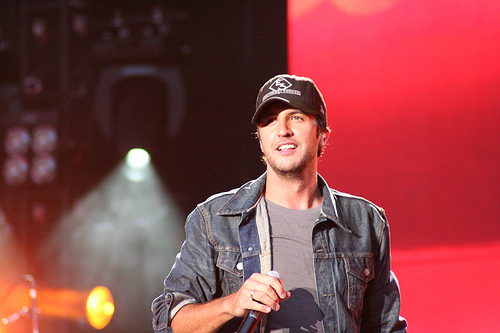 Luke Bryan announced in October that he will be going on his “Kill the Lights Tour,” in 2016 after a very busy 2015 taking part in the Kick the Dust Up and Farm Tours. The tour has been such a success that Bryan announced a second stadium concert in Boston as demand skyrocketed. Bryan has had a successful 2015, winning the 2015 CMT Music Award for male video of the year with his video “Play It Again.” His latest album Kill the Lights sold 345,000 copies during its first week, and was the first album on the Billboard 200 as a result.

Luke Bryan has two great acts that will be on stage with him: Little Big Town and Dustin Lynch. Little Big Town has been together since 1998 and released their top 40 single “Don’t Waste My Time” in 2002. The group is now part of the Grand Ole Opry and their album Tornado gave the group their first big hit called “Pontoon”.

Dustin Lynch has had a short, yet successful career after signing to Broken Bow Records in 2011. Everything Dustin Lynch touches seem to be a hit. His two albums reached to the top of the charts: Dustin Lynch and Where It’s At. The albums sold 100,000 and 128,000 albums respectively.
The trio of Luke Bryan, Little Big Town & Dustin Lynch kill it on stage. The demand for this tour is just insane, and you’ll find the biggest complaint being that the tour is simply too short. People are literally begging the trio to come back to their cities – the tour is that good. You can find news about the tour on Luke Bryan’s official website.

The tour looks set to be unforgettable, book ahead to avoid missing out!