Do not miss Kiss Flashback Festival at the Lakewood Amphitheatre! 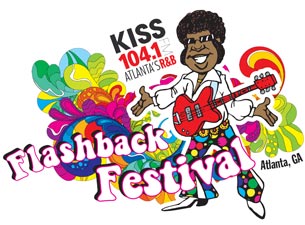 The 21st annual Flashback Festival has been announced. Last year’s event brought the likes of Slick Rick to the festival, but this year is gearing up to be an even more spectacular event. Three main acts will hit the stage, and little is known on how long each act will perform. The 911 Band hit the stage in 1992 with their single “Night to Remember” followed by their debut album The Journey in 1997. The British band stayed active from 1995 – 2000, with a brief comeback in 2005 followed by their recent comeback in 2012. The band had 10, top 10 singles in the UK, and sold 10 million singles and 6 million albums during their career.

Parliament Funkadelic and George Clinton are legends in the funk scene and have been around since 1968. The band is also known for soul and rock music and is headed by the one and only George Clinton. The group had their first hit single in 1967 with “I Wanna Testify.” The group has released over 16 albums, selling millions of copies along the way. George Clinton has also had solo success. The band was inducted into the Rock and Roll Hall of Fame. They have also been ranked #56 on “The Greatest Acts of All Time” list. Spin Magazine ranked the band #6 on the “50 Greatest Bands of All Time” list.

The Kiss festival looks to be as awesome as ever, get your tickets now!