Hillsong United are coming to the Lakewood Amphitheatre in July 2016! 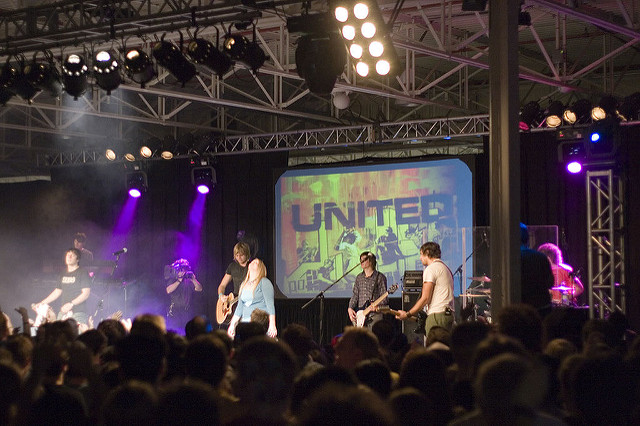 A band that originated from the Hillsong Church. Hillsong United consists of several leaders of the church and has 10 current members with a variety of past members. Active since 1998, the band comes from Sydney, Australia and is considered Christian rock or worship music. Performing church services, the band has released 11 annual live albums and 4 studio albums.

Hillsong United also performs concerts in worldwide tours. All of the Above is credited as the band’s first album and consisted of 14 tracks. Released in 2007, the album hit the top of the charts for the Billboard Top Christian/Gospel Albums and even peaked at position 60 on the Billboard US Top 200.

Aftermath was released in 2010 and is the band’s second studio album. The album debuted at number one and at number 17 on the Billboard 200 chart. The only single from the album was “Search My Heart.” The album included two versions of the song: radio and original. Zion would go on to be the third album from the group, which was released in 2013. The album was the group’s most successful, debuting at number 5 on the US Billboard 200 and selling 169,000 copies to date as of 2015.

Empires is the group’s latest album, which was released in May 2015. Sales figures for the album have not been released, but the band recently released their second single from Empires called “Say the Word.” Empires was met with praise and high ratings across the genre.