Future, Migos, Tory Lanez & Kodak Black are coming to Aarons in May! 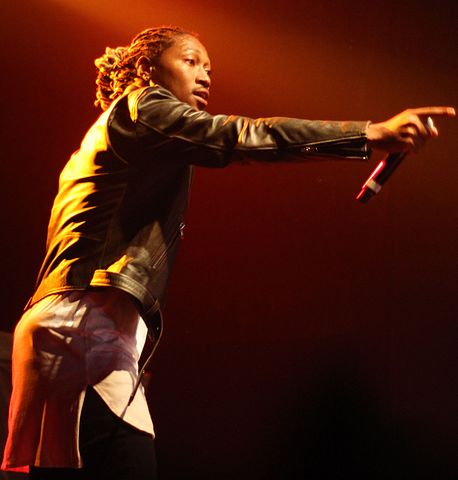 Born and raised in Atlanta, Future is a rapper, singer, songwriter and producer who began his career with the Dungeon Family. His debut album Pluto was released in 2012 to positive reviews.

His second album Honest surpassed Pluto on the charts.

Between 2014 and 2015, Future released three mixtapes: Beast Mode, Monster, and 56 Nights. His next five releases, which included FUTURE, What a Time to Be Alive and HNDRXX debuted at number on the Billboard 200.

His singles “Move That Dope,” “Turn On the Lights,” “Where Ya At,” “Low Life,” and “Jumpman” have all been certified gold or higher.

Future and Drake won a BET Award for Best Group in 2016, and his album 56 Nights won Best Mixtape at the BET Hip Hop Awards. He was nominated for a Grammy in 2017 for Album of the Year.

The group, comprised of rappers Quavo, Offset and Takeoff, released their second album Culture in January 2017.

Migos is known for its singles “Fight Night,” “One Time,” “Look at My Dab,” and “Bad and Boujee.”

Canadian hip hop artist Tory Lanez rose to fame in 2014 after gaining major recognition from his mixtape Lost Cause. His singles “Luv” and “Say It” climbed to 19 and 23 on the Billboard Hot 100.

The rapper released his first studio album I Told You in August 2016.

Kodak Black is an American hip hop artist from Pompano Beach, Florida. At the age of 12, the rapper joined the group Brutal Yungenz under the stage name “J-Black.”

In 2013, he released his first mixtape Project Baby. In 2014 and 2015, he released two more mixtapes: Heart of the Projects and Institution.

In February 2017, Kodak Black released his single “Tunnel Vision,” which debuted at #27 on the Billboard Hot 100.