Disturbed and Rob Zombie are coming to Aarons Amphitheatre at Lakewood in May 2016! 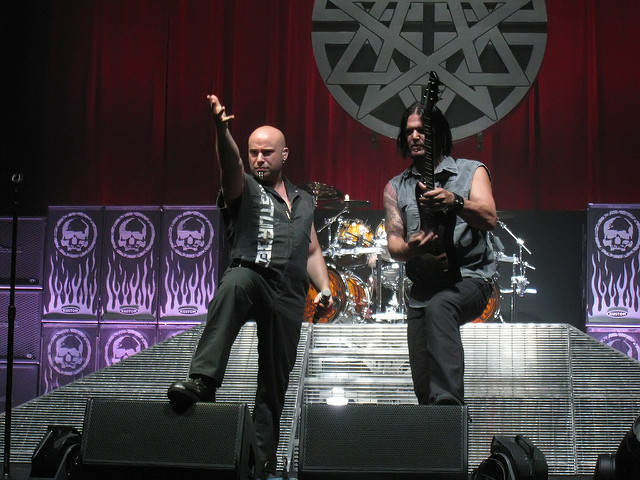 Disturbed and Rob Zombie announced a co-headlining tour in January 2016. The two metal groups are planning just 10 dates (more on that soon). Disturbed will be on their tour to promote their latest album Immortalized. The album reached the top of the Billboard 200 in August and sold 98,000 copies in the first week alone. The album marked a comeback for the group that hasn’t performed together since 2011 after announcing that they would be going on a break.
The group is currently up for an iHeartRadio music award for artist of the year.

Tickets are selling fast, get yours while you still can!