Get ready for Dead & Company at Aarons! 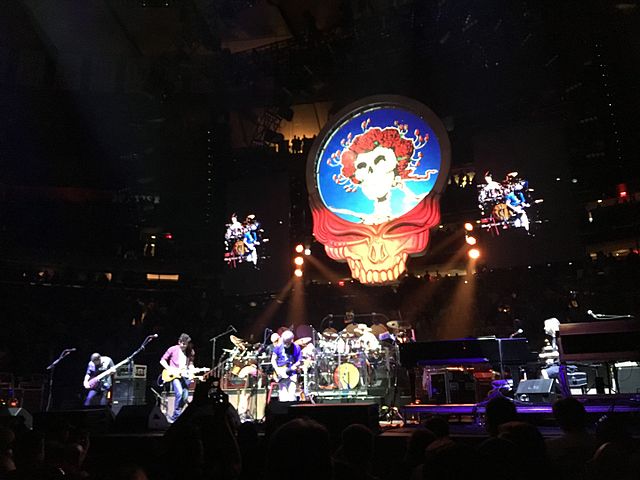 Dead & Company is a rock band consisting of musical legends from the Grateful Dead. The band features Bob Weir on guitar, Bill Kreutzmann on drums along with Mickey Hart and John Mayer also on guitar. The band is a brainchild of Mayer, who listened to Grateful Dead in 2011 on Pandora and became obsessed with the band’s music.

Mayer invited Bob Weir to join him for a studio performance while on The Late Late Show.

The two artists quickly bonded and Mayer started to practice songs from the band’s catalog while the Grateful Dead prepared for their 50th anniversary show. Mayer and the three members of the Grateful Dead created the Dead & Company band and played their first show on October 31, 2015 at Madison Square Garden.

The show’s success led to a tour and was extremely popular.

Mayer and the band decided to continue their foray into the rock world, announcing further concerts and tours. Mayer’s optimism for the band continues to grow, with the band stating that they are in talks of a new studio recordings.

The band’s success is spectacular, with the band never releasing studio recordings. The band’s initial success led to their first tour selling over $52 million in tickets and impressing former Grateful Dead vocalist Donna Jean Godchaux. She sat with the band during numerous songs before joining in on a few shows herself.

Oteil Burbridge is on percussion and bass guitar along with Jeff Chimenti, who is on the keyboard. Weir, Mayer, Burbridge and Chimenti are all backing vocals for the band.

A lesser-known band with large acts, Dead & Company is changing the way bands perform with high ticket sales and no studio albums. The band is as much about having fun and artists enjoying themselves as it is keeping the memory of Grateful Dead alive.