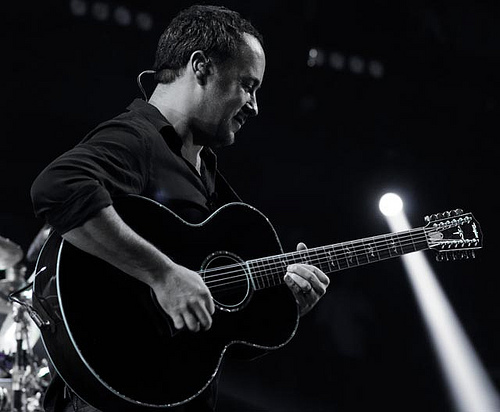 Dave Matthews Band is hitting the road again this summer. Like tours in the past, each show will feature two complete sets. Along with tour dates, Dave Matthews Band also announced that it would be taking a break from touring in 2017. But before they go on hiatus, they are set to deliver a stunning show. Other artists will join DMB at the Gorge send-off, but no names have been announced as of yet.

Dave Matthews Band first began back when Dave was bartending at Miller’s Bar in Charlottesville, Virginia. In 1990, Dave recorded some of his music to recruit new band members. That’s when Dave met saxophonist LeRoi Moore and drummer carter Beauford. Stefan Lessard, bassist, joined the group when he was just 16 years old. Top singles from the band include “Crash into Me”, “Ants Marching”, “The Space Between”, “You & Me”, “Satellite”, and “Crush.”

Dave Matthews Band is best known for its massive summer-long tours across the U.S. and Europe. Concert-goers never see the same show twice, as the group plays each song differently. While DMB is best-known for its live shows, the band has produced a number of mainstream hits and their shows continue to be a favorite summer pastime for music lovers all across the country.

With two decades of experience behind them, their musical prowess is still as hot as ever. Claim your place to see Dave Mathews Band now!