Next May Daryl Hall and John Oates will be live at Aarons! 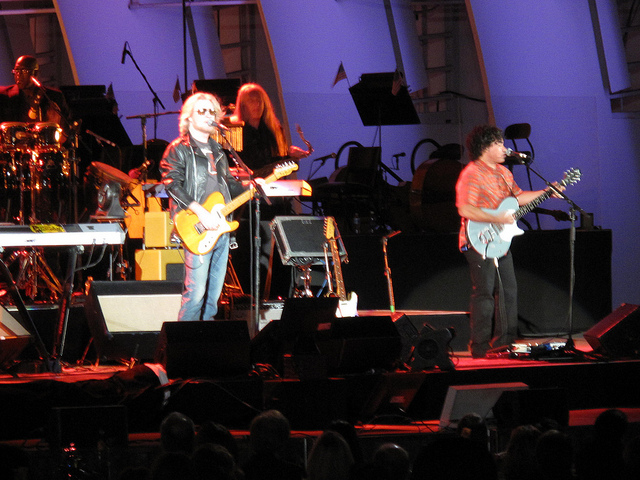 Daryl Hall and John Oates are music icons, forming the famous Hall & Oates act. The two have been in the pop rock and jazz scene longer than many artists have been alive. The duo first started their act together in 1970, and they haven’t stopped since. The group’s biggest hits include: Rich Girl, Maneater, Out of Touch, Kiss My List.

In total, the group has had 34 hits on the Billboard Hot 100. When it comes to albums, the duo has achieved platinum status for 7 albums and gold status for 6 albums. Inducted into the hall of fame in April 2014, the group is considered in the top 100 acts of all time and the top duo of all time.

The group hasn’t released a studio album in nearly 10 years, but they’re still hot on the tour trail with sellout dates every year. This year, the group is touring all over the country, namely in the South.The tour also has John Rzeznik hitting stage. Following March, the duo returns to tour in May, starting on May 13th. The Daryl Hall & John Oates tour kicks off in Dallas Texas on the 13th of May and is set to come to an end on September 23rd.

The duo will be in California, North Carolina, Texas, Arizona, Washington, Ohio, New Jersey, Maine, Massachusetts, New York, Virginia and several other states along the way. Going off of recent set lists, the two normally perform 11 main songs. And the group is not afraid to go out for encores. A recent gig in New York included three encores where the group finished 16 total songs before calling it a night. The group also did a few covers, Family Man, You’ve Lost That Lovin’ Feelin’ and Didn’t I.

Get your ticket to see this great duo!