Bruce Springsteen will be performing at Aaron’s Amphitheatre in April. 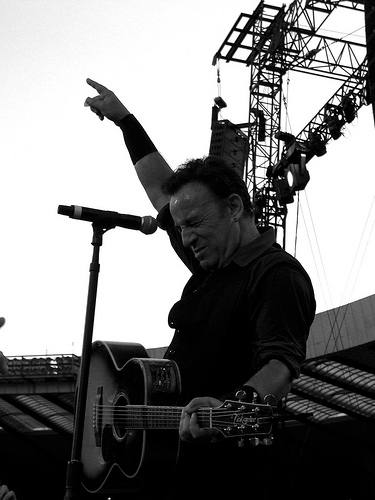 Since the 70’s, Bruce Springsteen has been a cultural icon and working-class political and musical phenomenon. Bruce is well known for his awesome stage performances, never holding anything back. Hailing from New Jersey, Bruce’s music has always been deeply influenced by and his roots and his take on daily American Life.

With over 64 million album sales under his belt, a total of 20 Grammys, two Golden Globes and an Academy Award, he also made it into the Rock and Roll Hall of Fame and the Songwriters Hall of Fame in 1999. It’s hard to think of an artist and performer who matches Bruce Springsteen in stature and achievement. Don’t miss out, tickets are selling fast!