Next August, Brantley Gilbert, Justin Moore & Colt Ford will be live at Aarons! 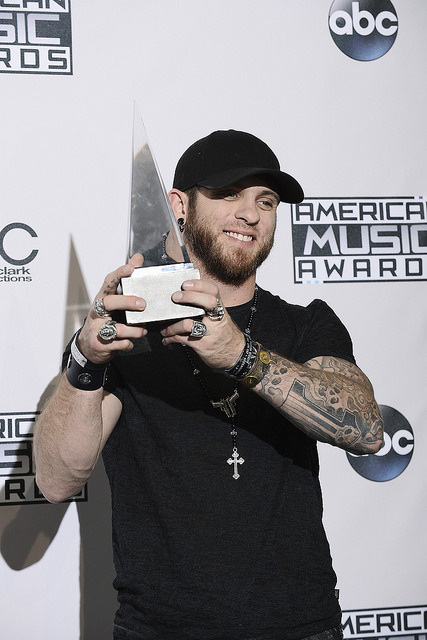 Brantley Gilbert will be on the road for most of 2016. After his Black Out Tour wraps up in May, the country star will kick off his Take It Outside Tour. Justin Moore and Colt Ford will join Gilbert on tour. In a press release, Gilbert said, “We’re just getting started bringing the music to the people.” He added, “This is one of those tours that’ll be crazy before it even rolls.”

If you like your country “on the rougher side,” you’ll love this tour, says Gilbert.
Brantley Gilbert released his latest album, Just as I Am, in late 2014. The Georgia native started his career as a songwriter, penning Jason Aldean’s smash hits “Dirt Road Anthem” and “My Kinda Party.”

Gilbert released his debut album in 2009 under the Average Joes Entertainment label, but moved to Valory Music Co. in 2011. His second album under Valory, Just as I Am, produced the lead song, “Bottoms Up,” which reached number one. “One Hell of an Amen,” the album’s third single became Gilbert’s fourth #1 hit in 2015.
Justin Moore has three studio albums under his belt, and has charted 11 times on the Hot Country Songs chart. Moore’s most notable hits include “If Heaven Wasn’t So Far Away,” “Small Town USA,” “Lettin’ the Night Roll,” and “Til My Last Day.”