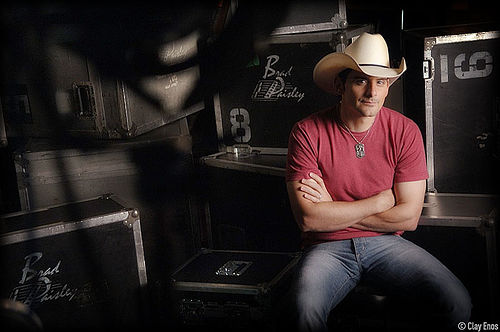 With an incredible 21 No.1s, three times winner of the Country Songwriter/Artist of the Year award from the American Society of Composers, Authors and Publishers, plus 14 Country Music Association awards (one of which being Entertainer of the Year) and a further 14 awards from the Academy of Country Music, Paisley is still one of the hottest acts in country music.

Following his latest album Wheelhouse and his 2013 tour, Brad will be continuing to offer the chance to see him live in 2014, joined by Randy Houser, Leah Turner & Charlie Worsham. And he thinks so highly of his road band that he made the unusual decision to hire them for the studio recording of Wheelhouse. So make sure you don’t miss out, get your ticket now!