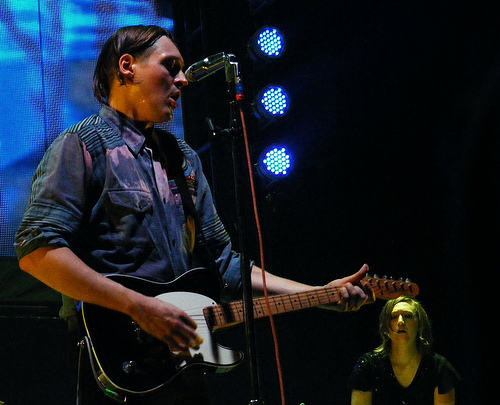 Come and see Arcade Fire perform in May.

Montreal-based indie rock band Arcade Fire have announced that they will be playing at Aaron’s Amphitheatre next May 2. Originally formed by Win Butler and Josh Deu back in the early 2000’s, the band had their debut album in 2004. The group more recently won the 2011 Grammy for “Album of the Year” with Suburbs. Most notable is their extraordinary range of instruments such as guitar, piano, double base, cello and French horn.

The performance will be the Atlanta stop on their much anticipated 2014 Reflektor tour, which bears the name of their recently released fourth studio album. Get your tickets now!