Next April, Aaron Neville will be live at Aarons! 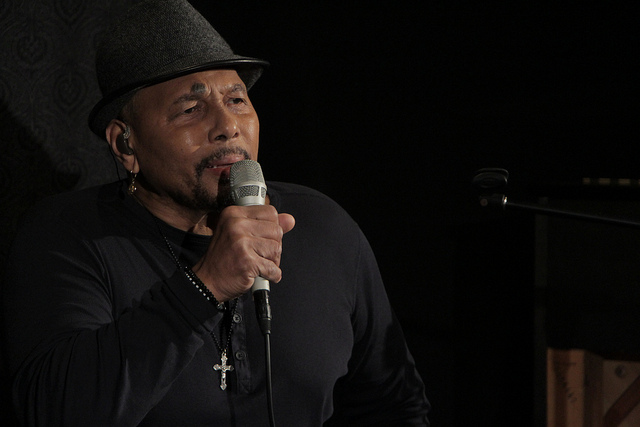 Aaron Neville will be joined by The Funky Meters (his brother Art Neville’s band) and the South Florida group Spred the Dub at Aarons. The New Orleans native, born in 1941, will bring his unique blend of funk, soul, blues, New Orleans and R&B to the stage for an unforgettable evening of music. Aaron Neville has four Platinum-certified albums and four Top 10 hits in the U.S. Three of those hits made it to #1 on the Billboard Adult Contemporary chart. Neville’s 1996 debut single held the #1 position on the Soul chart for five consecutive weeks.

Aaron has also recorded music with his brothers, Art, Cyril and Charles. His first major hit was “Tell It Like It Is”, which peaked at #2 on the Billboard Hot 100 and topped the R&B chart for five weeks in 1967. Joining Aaron for the special one-night performance is The Funky Meters, featuring Art Neville. Formerly known as The Meters, the band performed and recorded their music from the 1960s through 1977. They served as backing musicians for prominent artists, like Robert Palmer, Lee Dorsey and Dr. John. While they realised some mainstream success, The Meters is credited as being one of the progenitors of funk music, and their work was highly influential on many other bands. Their singles “Cissy Strut” and “Look-Ka Py Py” are funk classics. Spred the Dub is still fairly new to the music scene. The South Florida reggae band infuses elements of funk, soul and R&B into their music.